Over the course of the school year, students select a topic related to a yearly theme and develop their projects through extensive primary and secondary source research. The NHD theme for 2021 is Communication in History: The Key to Understanding.

Under the guidance of a sponsoring teacher, students choose both their subject matter and a vehicle to present their research within the following categories: documentary, exhibition, paper, performance, or website. NHD attracts thousands of participants each year, and competitions occur at the regional, state, and national levels.

Judges for student projects at the state contest are needed now. Click here to get involved.

The public health and safety of our contest participants, judges, and staff is a top priority of National History Day Georgia and our program sponsors, Georgia Humanities and LaGrange College. Due to concerns surrounding the novel coronavirus (COVID-19), we have made the decision to hold the 2021 National History Day Georgia State Contest in a virtual contest format. There will be no in-person contest. Information regarding virtual deadlines and registration procedures will be sent out ahead of the state contest to registered schools.

Thank you for your commitment to National History Day Georgia, and we appreciate your support during this time.

First launched in 2019, the National History Day Georgia Topic Explorer has been redesigned. It now includes more than 40 topic profiles grouped by categories, including individuals, groups, events, literature and media, and history and advocacy.

This online, interactive, and Georgia-inspired topics list is a collaboration between NHD Georgia, the New Georgia Encyclopedia (NGE), and the Digital Library of Georgia (DLG). Each topic profile includes an image, contextual information from the NGE, and sample primary sources from the DLG. Connect with Georgia history in a new way through the National History Day Georgia Topic Explorer!

Be a Contest Judge »

“It is inspiring to research and share untold stories with the public. I learned how to do that through National History Day.”

The National History Day Georgia website offers valuable information.  Find answers to common questions and learn how to register for the program here. 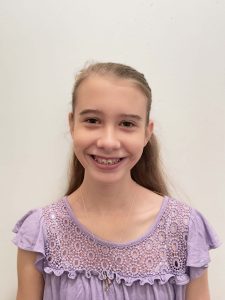 National History Day® 2021 is under way and we are excited to engage with the various opportunities to celebrate student work outside of the judging rooms. One such opportunity is the NHD 2021 Virtual Exhibit Showcase which is hosted in partnership with the Smithsonian National Museum of American History. This year we are thrilled to share that Georgia student Joanna Burkey will be showcasing her exhibit project entitled Pony Express: The Mail Must Go Through.

Burkey is a student at General Ray Davis Middle School (Stockbridge, Georgia) where her teacher is Matt Cook.

To see Burkey’s project in exhibition with other projects from across the country visit the following link: https://learninglab.si.edu/profile/nationalhistoryday. The virtual showcase will run from June 15-29, 2021.

National History Day® has just announced another student showcase for the 2021 contest season! Each year NHD partners with the Smithsonian National Museum of African American History and Culture to highlight outstanding student documentaries that focus on an African American history topic. This year, the state of Georgia has four students representing in the showcase with three engaging documentaries. The students and their projects are as follows: 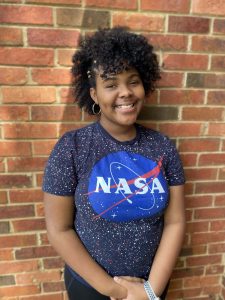 Project Title: The Green Book: A Roadmap to Freedom 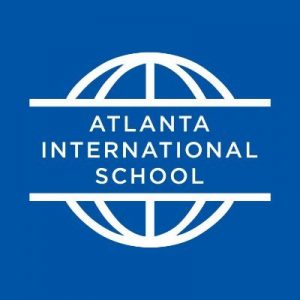 Project Title: “It’s Like a Jungle Sometimes:” How “The Message” Created a Unique Outlet for the Communication of Black Struggle 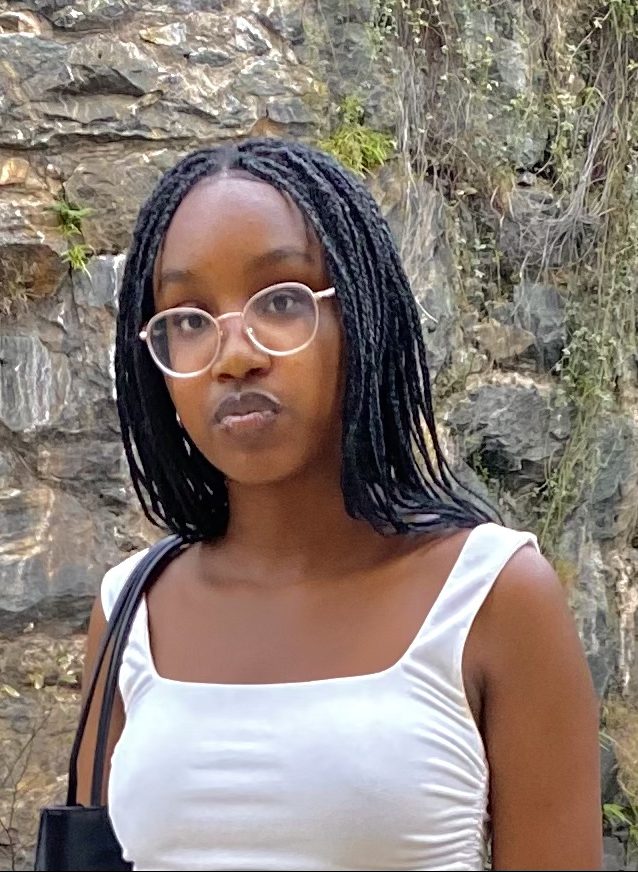 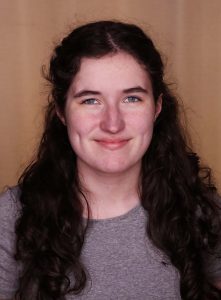 Project Title: The Soul of We People Who Are Darker than Blue

Once again our state National History Day contest took place virtually this year, but that didn’t stop the NHD Georgia community from committing to the hard work of historical research and presentation!

This year our state contest witnessed 299 students from across the state present 198 history day projects. These projects were evaluated by 114 judges to whom we are grateful for their time and expertise. All things tallied, the state of Georgia has 52 national qualifiers for the 2021 national contest.

Congratulations, students and teachers! Let’s get ready for Nationals!

The Georgia teachers were chosen from a pool of all of NHD’s 58 affiliate programs.

The Patricia Behring Teacher of the Year award is an opportunity to recognize teachers who demonstrates a commitment to engaging students in historical learning through innovative use of primary sources, implementation of active learning strategies to foster historical thinking skills, and participation in the National History Day Contest. This year two teachers from Georgia were nominated to represent within the Junior and Senior division of the NHD contest. Read more below about Georgia’s 2021 Behring Teacher of the Year nominees. 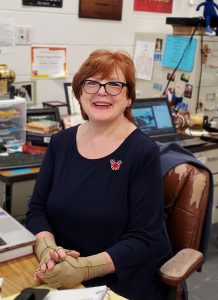 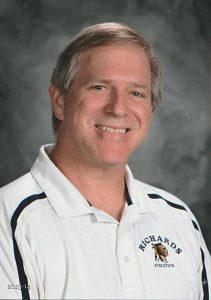 The Georgia teachers were chosen from a pool of all of NHD’s 58 affiliate programs.

Four Georgia National History Day teachers were among 120 teachers selected for a National History Day spring professional development program. The Historical Argumentation webinar series is part of NHD’s membership in the Library of Congress Teaching with Primary Sources (TPS) Consortium. Throughout the program teachers will be joining their colleagues from around the world in using Library of Congress resources to develop and support arguments. See the honored teachers below. 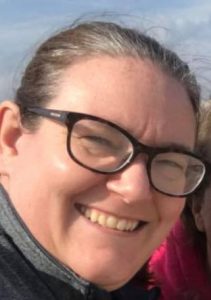 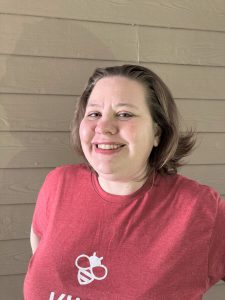 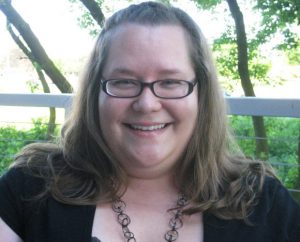 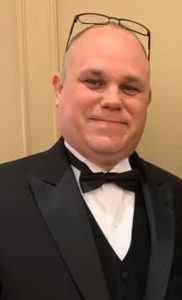 Angelina Muskin is one of just 58 teachers selected for a new course focusing on online Library of Congress primary and secondary sources. 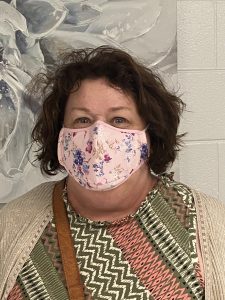 Angelina Muskin, a teacher at Hubert Middle School in Savannah, Georgia, is one of only 58 teachers selected for a National History Day® (NHD) fall professional development program. This new course focuses on using online Library of Congress primary and secondary sources to develop and support student research skills.

“This course has particular value now as teachers and students continue to address challenges of non-traditional learning settings required by the ongoing COVID-19 pandemic,” said National History Day Executive Director Dr. Cathy Gorn. “The crucial skills Miss Muskin is learning and honing over the course of this series will benefit her students for many years to come.”

For several months, Muskin will work with her peers around the country and National History Day staff to build knowledge for teaching with primary sources. 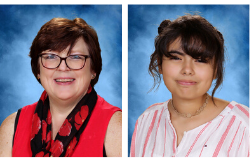 This institute brings together 16 student-teacher teams from Hawaiʻi, American Samoa, and the U.S. mainland for a once in a lifetime journey through history. Each team selected a Silent Hero® who died in the Pacific Theater of Operations. They spend months conducting research and analyzing such primary sources as war records, draft cards, maps, letters, and, when possible, family interviews.

In June 2021, the teams will assemble in Honolulu to learn more about their Silent Heroes and the unique role Hawaiʻi played in World War II. While there, Cortes will deliver a eulogy at the Courts of the Missing for Seaman First Class Waszkiewicz at the National Memorial Cemetery of the Pacific. To complete this task, Cortes asks anyone who knew Seaman First Class Waszkiewicz, his family, or other sailors who served aboard the USS Fanshaw Bay to get in touch with Mrs. Coleman at jennifer.coleman[@]henry.k12.ga.us.