Intersecting Identities: Perspectives on Culture and Nationhood of African and Indigenous Peoples of the Americas

Intersecting Identities: Perspectives on Culture and Nationhood of African and Indigenous Peoples of the Americas 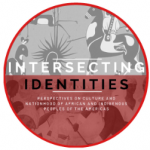 Intersecting Identities: Perspectives on Culture and Nationhood of African and Indigenous Peoples of the Americas is an interdisciplinary seminar held during Native American Heritage Month that seeks to bring together scholars, cultural preservationists, and community members to discuss the intersections and distinctions between African American and Native American populations throughout the Americas. The event takes place over two days, with the first scheduled to include panel discussions, presentations, and independent film screenings, and the second day includes the Native American Festival and Pow Wow at Stone Mountain Park. Participants that register for the seminar will receive admission to the festival at no-cost.

Intersecting Identities is a program of the Afro-American Research and Cultural Center and the Atlanta Branch of the Association for the Study of African American Life and History. Registration information is linked below.

This event is supported in part by a grant from Georgia Humanities.