The Thiokol Memorial Museum is dedicated to preserving and sharing the stories of the Thiokol plant explosion: honoring and learning from the first responders, 570 survivors, and 30 workers who lost their lives when the munitions plant ignited on February 3, 1971.

The factory, located in Woodbine, was originally built to construct rocket parts for NASA. But at the time tragedy struck, Thiokol’s primarily Black female workforce was making munitions for the Vietnam War effort. Many local families lost loved ones in the explosion, but until the Thiokol Memorial Project collected and recorded the survivors’ stories, the events of the catastrophe remained largely untold.

The museum’s work is heavily grounded in community, so keeping the doors open to visitors of all ages was a priority during the pandemic. President and CEO Jannie Everette was committed to “safely [having] the public, both youth and elderly, visit the facility.”

In order to “financially stabilize the organization and ensure its survival for one year,” the museum used a Georgia Humanities SHARP (Sustaining the Humanities Through the American Rescue Plan) grant to cover rent and utilities. They also hired a financial adviser to help them navigate a long-term financial plan. 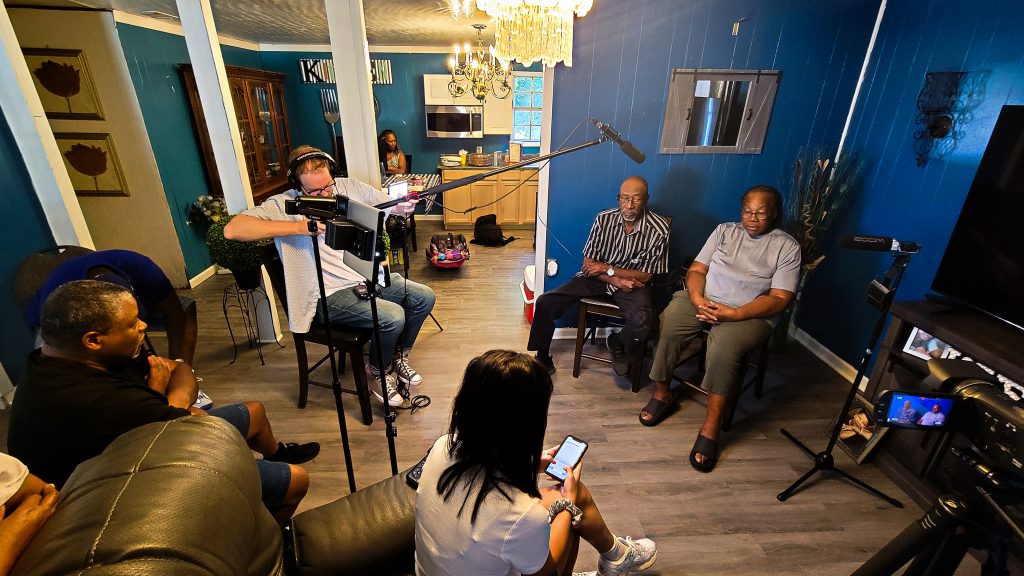 With general operations supported by the grant, the organization could focus on executing projects they had previously put on the back burner. For example, they updated the audio/visual system through which the “historical videos, documentaries, and museum exhibit oracles” are viewed.

“Visitors will be able to walk through the museum and learn the history in the voice of the people involved,” Everette said.

The museum also brought more “never before seen historical photos and artifacts” to the public. They added a brand-new exhibit, redid existing ones with new and improved displays, and completed the documentary Remembering Woodbine, which tells the story of the industrial disaster.

Everette is proud of the improvements the museum has made so far, noting that it was selected as a Georgia 2022 Black History Month Museum. She already has ideas for what to do next: upgrade existing exhibits, build new display cases, and employ more workers.

At the heart of all this work is a message of community remembrance, and she encourages new guests to experience the museum’s annual commemorative ceremony.

“You have to look at storytelling,” Everette said. “It teaches empathy and everything. People understand where we are in history because of the humanities.”

In December 2021, Georgia Humanities awarded more than $1.03 million in SHARP funding to 78 organizations across the state to support growth and recovery in response to the pandemic. Funding for the SHARP grant program was provided by the National Endowment for the Humanities (NEH) as part of the 2021 American Rescue Plan Act.

SHARP Grant Spotlight: Sharing Stories of Survival in Camden County2022-11-032022-11-03http://s215221.gridserver.com/wp-content/uploads/2016/11/logo.pngGeorgia Humanitieshttps://www.georgiahumanities.org/wp-content/uploads/2022/11/display-case.jpg200px200px
STAY CONNECTED
Sign up for our newsletter to get updates and information on the best things happening in Georgia!
GEORGIA HUMANITIES

Copyright 2009-2022 by the Georgia Humanities Council. All rights reserved.